GREEFA
A flexible and dynamic solution for attractive quotation

GREEFA is the market leader in sorting technology. The sorting and packaging installations the company produces are complex and include a wide range of options. This involves intensive production procedures that make the associated quotations process considerably more complicated. GREEFA began looking for a new solution for their quotations process, in the hope of creating a dynamic tool with plenty of graphical options.

With its origins as a cartwright workshop in 1940, GREEFA has grown to become one of the world's largest manufacturers of high-tech sorting and packaging machines. From its head office in Tricht in the Netherlands, GREEFA develops and produces innovative sorting and packaging solutions for fruit and vegetables for its clients all over the world. Everything is done ‘in house’ – from designing the machines to writing the software.

Chris Nieuwenhuize, sales engineer at GREEFA, knows better than anyone how complex a quotation process can be. The myriad of possibilities that GREEFA offers in combination with the specific requests from the client often lead to very extensive quotations. Chris: “In the Sales Engineering department, we determine the layout for sorting and packaging machines. This involves a number of factors, including the amount of customer space available. That means it is virtually always a matter of custom work.” After creating the 3D layout and determining the prices for the project, a quotation can be prepared. Chris: “This commercial quotation includes a presentation of the solution offered, accompanied by project-specific information, as well as the terms of delivery and payment. These are imported via XML from the CRM area of our ERP system.”

The search for a dynamic solution

For the last part of the quotation process, preparing the actual quotation, the Sales Engineering department worked with a text configurator. When this needed replacement, they began looking for a better alternative. Chris: “With the old text configurator, we had to work with a programmer. For us, that was one disadvantage of using that system. Also, the programming language was no longer particularly common.” Finding a new supplier felt like the logical next step: “The layout and style of quotations have to be updated from time to time. The quotations have to be attractive and suit your product. The story has to be just right”, says Chris. Together with his department, they set out to find a solution that was capable of creating nice documents based on existing data. Their search led them to SmartDocuments. Chris: “Ultimately, we chose SmartDocuments because it is not an overly difficult configurator. Also, the software is very flexible when it comes to layout.” Most of all, it was the extensive graphical options, Chris emphasises, that they were missing with the old text configurator. "We were not looking for a static solution. Our business is constantly evolving. That means we often need quick solutions for new text blocks or a new style or example. With SmartDocuments we can do that ourselves”, he explains. “In addition, we create our quotations in six languages. This is something the new package also had to be able to do”, he adds.

Another reason for choosing SmartDocuments was the ability to use captured data. This means that the user only sees questions about subjects that still require information. This was an option with the former solution, and this also needed to be the case with the new supplier. 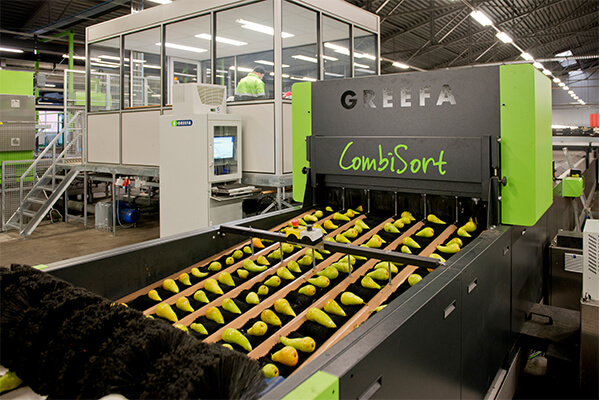 Getting the most out of the SmartDocuments software

Chris: “The complexity of the entire situation appeared to be quite considerable, but that was to be expected. In essence, we didn't experience any major bumps in the road during the implementation. At least nothing that you couldn't have expected.” So what issues did they encounter? “A lot of little things”, explains Chris. “Choices such as 'how to build the template'. Typical things that are part of a process like this. In the end, we had a nice flexible solution.”

A bigger hurdle occurred after the initial implementation. When the ERP system from GREEFA was recently updated, it appeared (just before the go-live) that the output from the CRM system had been modified. As a result, the table values were no longer provided in Dutch, but only in English. These table values are used to control the different questions in SmartDocuments. Because of the language change, the XML then contained different information than was initially built into the templates. This then caused some issues. The problem has now been temporarily resolved by manually replacing the English values with the Dutch values, but that is not really future-proof. Chris: “We ultimately want to make the model language-independent. We have the choice to do this ourselves. But it is likely that this question will be put to SmartDocuments. It is better to leave model adjustments to the people who work with it every day.”

“It's nice that we don't have to call the helpdesk for every single change.”

Is it better to work on the required document templates yourself or to outsource them to SmartDocuments? That was something that GREEFA was not entirely sure about. Chris: “We are not a typical customer for SmartDocuments. When configuring our quotations, everything impacts everything else. There are so many exceptions. And there even are exceptions to that, too.” Due to the complexity of the quotation process, GREEFA decided to leave the template creation to SmartDocuments. Although this was no easy task even for the experienced template designers at SmartDocuments, it was feasible. “We are glad that we outsourced it. We can certainly manage with this template”, says Chris. GREEFA can easily get to work using the template provided and any adjustments can be made in no time at all. This is a huge advantage as far as Chris is concerned: “It's nice that we don't have to call the helpdesk for every single change.”

For GREEFA, the main benefits of working with SmartDocuments are the graphical options the software offers. It’s a great step when it comes to professionalisation, according to Chris: “We replicated what we already had, but with SmartDocuments there are even greater options and manageability. We have become more flexible and can expand in terms of layout and graphical options.”
“You don't need to be able to program to work with the software – yet another advantage”, adds Chris. “Although it is not exactly easy, the course they gave us and the accompanying manuals really help us to modify the document template ourselves. We no longer need a programmer to make minor adjustments. That's a win.”

“SmartDocuments comes across as small-scale. That's a nice thing.”

SmartDocuments as a trusted source of information

GREEFA expects to turn to SmartDocuments in the near future for assistance in making the template language independent. Chris also envisions an advisory role for SmartDocuments: “So far we have truly enjoyed working with them. They remain a trusted source of information for us. SmartDocuments comes across as small-scale. That's a nice thing. The lines are short.”

Now that the template for the quotations is in place, it is not hard to imagine that the software will also be used for the order confirmations that GREEFA sends to its customers at a later stage. Chris: “SmartDocuments is very good at using models to create attractive, customer-focused documents. If you make sure to properly supply the data, it will all go smoothly.”